Applied Process Thought I. Initial Explorations in Theory and Research.

In this collection of papers by Laird Addis, published over approximately a quarter century, the main topics are the ontology of mind and the role of mind in the explanation of behavior. Addis defends a theory of natural signs, by which there is, in every conscious state including emotional states, an intrinsically intentional entity. He also argues that explanations of behavior by dispositional mental states, while not themselves causal explanations, presuppose the possibility of such explanations. The theory of dispositions is applied also to the theories of Chomsky and Freud. In broad strokes, Addis holds that, while there is a distinct realm of mental properties, behaviors admit of purely physical explanations. 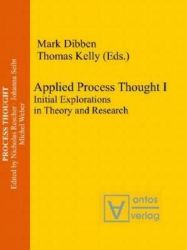